I first became a fan of High Coast (then named Box distillery) at the whisky fair in Stockholm in 2016. I had tasted their whisky before that but wasn’t impressed then – I’m not sure what the problem was back then. But this time at Nacka strand fair, my husband went to their stand and said: “My wife says she doesn’t like your whisky. Can you give her something to prove her wrong?”

They nodded happily and gave me a sample of their cask “In flames” (a single cask selected by Anders Fridén, singer in the rock band In flames), and I was blown away. After this, I’ve had nothing but respect for High Coast distillery, especially after I visited the the Göteborg Gothia towers hotel bar later and tasted a couple of High Coast whiskies.

Sadly, I haven’t been able to engage much in what they do. When we lived in Sweden we lived near Smögen, home to both Smögen distillery and a Mackmyra warehouse, so it was natural that we were more in touch with them.

But now, living in Ireland, I have some very nice whisky-loving contacts on Twitter, and during the spring I received a quite impressive sample pack from Sweden, most of which were samples of High Coast whiskies.

High Coast distillery is situated in the north of Sweden, and you can read their own presentation on this page.

The first set I tasted from my parcel was from the High Coast “Origin series”. It’s described as a collection to celebrate the distillery heritage, and it consists in four whiskies that are meant to reflect the location, history and geography – Älv (River), Timmer (Timber), Berg (Mountain), and Hav (Sea). These are all pleasant whiskies but I experienced them quite subtle so I don’t have much more to say about them except that they are nice and pleasant.

Therefore, I’m going to jump straight to another set that gave me some more excitement – Dàlvve.

Dàlvve means winter in the northern Sami language, and this was the first core range whisky from High Coast. It’s about 5 years old, lightly peated (about 25% of the whisky is peated), and has been matured in ex-bourbon casks.

High Coast reveals all the interesting details about their whisky and distillation, so go here to read the more in-depth information – I see no reason to repeat it here.

There’s a fresh breeze that reminds me of both saltwater and that from a lake in the forest. There are some floral notes, birch leaves, fresh light wood, green apple, and grapefruit. There’s some peat smoke but it’s very light.

Hints of leather, peppery spice, light smoke, pale yellow wine gum that probably equals tropical fruit, light citrus of sorts.
Medium finish with tropical fruit, a leathery feel, and spice. A very pleasant whisky, that can be purchased from most online whisky shops, or Systembolaget if you live in Sweden.

The High Coast Dàlvve sherry influence was a pleasant surprise. I had no idea they had done something like that. It was a limited edition but there are still some bottles left, and I’ve even managed to purchase one from Fine drams.
Half of the casks used for this whisky are bourbon casks and the other half are Oloroso sherry casks. The whisky is bottled at 48% and is, like all other High Coast whiskies it has natural colour and is non-chill filtered.

Pronounced with raisins, tobacco, hint of smoke and/or peat, salted caramel, leather, and something like orange liqueur.

Very nice creamy mouthfeel. There’s an immediate spice attack, then smoked or charred wood, nutmeg type spice, mixed nuts, and a very pronounced flavour of raisins. A very nice mix of flavours. This is a lovely whisky and I can’t wait to get my bottle!

Both of these whiskies are very good and if you want to get a nice taste of Swedish whisky, the original Dàlvve is a nice one to try – but the sherry influence simply gave me a little extra goodness. 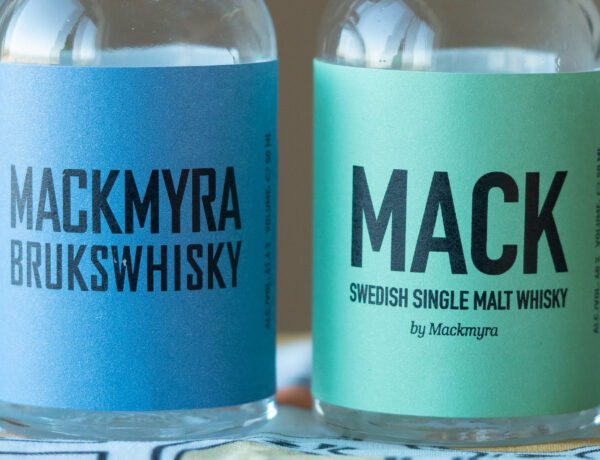