I’m taking a sidetrack for a bit and will actually write about gin in this post. Irish gin is still an Irish dram, yes?

I’ve never had any interest in alcoholic drinks until I discovered the world of whiskey, and after that, I haven’t been interested in anything else than whiskey or certain other spirits that are barrel-aged, such as certain grappas or rum. But last summer during the heatwave, I became interested in gin – not in the same way that I’m interested in whiskey, but I simply love it. It’s such a nice fresh summer drink and it’s not as sweet as many other drinks that you’d usually drink when the weather is nice and warm.

I don’t know much about gin and wouldn’t be able to see much difference between gins so far, other than the fact that this gin has more flavour than that gin, and that this gin has a character that I’m not used to (but I would probably be unable to say exactly what character that is). But I may learn about gin flavours and all that too… who knows!

Clonakilty distillery has opened (and as I’m writing this, they have distilled their first drop of spirit that will become whiskey!!), and a post on social media last week caught our interest – as well as whiskey distillery tours and tastings, they would be offering a gin school – a weekly event where you’ll learn about gin and distil your own. My husband took the initiative and booked us in. The first gin school session was last Saturday, the 23rd of March. I think a gin school is a lovely idea, and one I haven’t heard of before. If there are other gin lovers who are as geeky about flavours and production as I am, then it will be a success, people will love it. Actually, at this first session, there were some people who weren’t really gin drinkers, but they all seemed to enjoy it very much, so you don’t need to be a geek either.

So how do you kick off a gin school session?

Well, what did you think? 🙂

We gathered in the bar where we were given a Minke gin – the gin brand for Clonakilty distillery – with tonic. If you haven’t tasted the Minke gin yet, you need to do that now!

In another little room, the gin room, they gave us a little lesson about gin in general, what it is, what it isn’t, different types of gin (such as London dry, blended gin, etc), and some about botanicals. They explained to us what botanicals are essential and why, what to think of when choosing botanicals, and we were given a chart with loads of different botanicals described, what character they give to the gin, and tips about creating a gin recipe.

Every two people shared a tray with the most common botanicals, some empty jars and a scale each, and then there was another tray with other suitable botanicals. This was the most fun part of the process – to create your own gin recipe. I loved this just as much as the whiskey blending exercise at the Irish whiskey academy – I could have spent the entire evening doing this!

While mixing your botanicals and creating your recipe, the gin gurus were there to answer questions and guide you to make sure the recipe wouldn’t be too odd or imbalanced.

The next step then was to distil your gin. The distillery area has a second floor (with a nice view over those famous pot stills) where there is a row of tiny pot stills that are used specifically for the gin school. With the help of the gin gurus, we added our botanicals in the still with spirit and water, and they got the distilling process started.

While waiting for the stills to do their job, we went downstairs to see the real stuff – the still that will create the future Minke gin.

We all waited impatiently for our own gin to come out of the tubes but were served another Minke in the meantime.

And finally… a bottle with my own gin! And in the bar, they made you a G&T based on your own gin.

This was a lovely way to spend a Saturday night! I really enjoyed learning more about gin, and this event was a fun creative activity. It was a great experience and I recommend all gin lovers who spend some time in Clonakilty to spend that extra money to do this. It costs a bit more than the whiskey tours but is absolutely worth it. After all, you have these great people teach you something new about gin, and your own bottle of gin is included.

The gin school is open every Saturday at 18.00 so go to this page to book your ticket(s)! 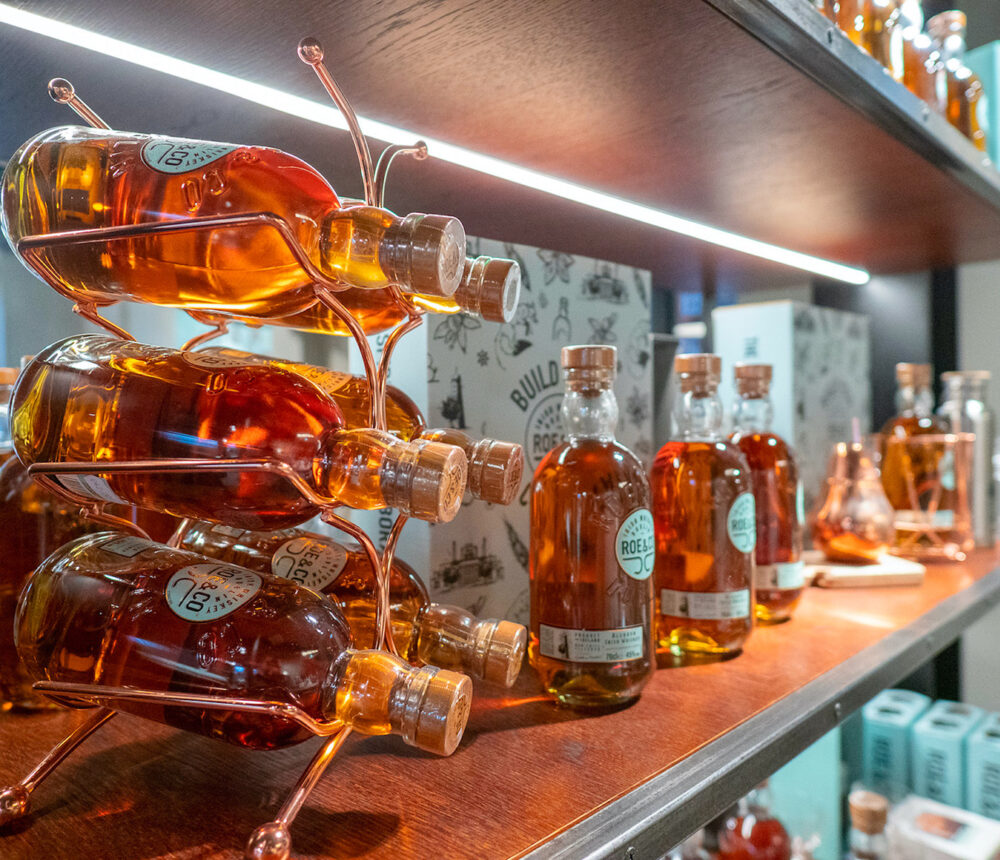 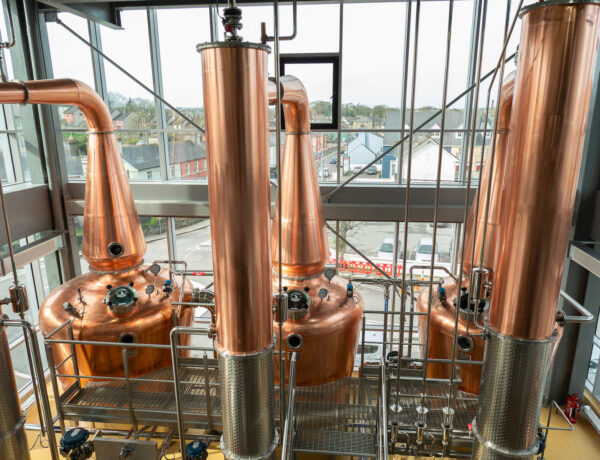